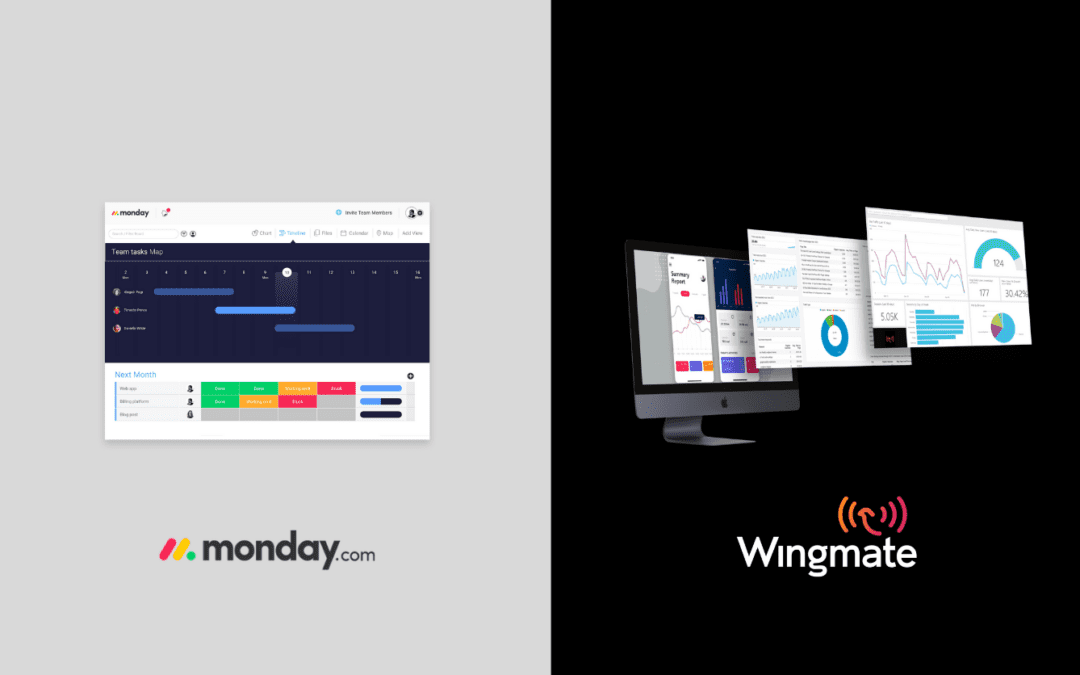 Here we are again…

Today we’re discussing two of the most popular simple CRMs (customer relationship management) programs on the market, Monday.com & Wingmate. We’ll discuss the origins of these two platforms, their main users, features, price points, and compare the benefits of each in order to find the best fit for your business. Compared to other well-known CRM platforms, these two are by far the most user-friendly and time-saving options for any organization. Although similar, these two CRMs were also built for different industries. Wingmate was built and priced for commercial service companies looking to save money and time, while efficiently enhancing both their sales and service capabilities. Monday.com on the other hand is also a tremendously powerful and simple platform but not built for any industry or user, specifically. Monday.com was built as an advanced scheduling and team management platform, but do the explosion in the CRM industry, has been placed in the same category of products. Looking at the platform, Monday.com is far different than most CRMs and looks more similar to a Trello or Reminder application with the addition of analytics.

Let’s dive in, shall we?

Since you’re researching CRMs, I’m sure by now you’ve seen a Monday.com ad. Monday.com is one of the biggest players in the CRM marketing space. Monday.com was the first CRM on a mission to be simple. Before companies like Wingmate and Monday.com, every CRM was an incredibly complex program that seriously took weeks to understand. The only organizations that used CRMs back then were typically large enterprises that could afford close to a million dollars on implementation and training their staff. Since then, these two CRMs that we’re talking about today were able to make CRMs available to any type of organization and from there, spread like wildfire.

Monday.com is built like a scheduling program with additional functionality to perform like a traditional CRM. Very easy and simple to use, the CRM is ready to go out of the box and can be used by any industry. However, when you design a product for a general audience, it’s very difficult to meet the needs of different users. A hairstylist salon has far different needs than a waste hauler or an HVAC service company. To be fair, I’m sure contact organization and tracking abilities are relevant to both, but it’s important to consider which aspects of your sales strategy are most important when it comes to choosing a CRM. Many users have experienced difficulty with its ceiling of capabilities compared to other more intuitive & powerful CRMs. There’s nothing more frustrating than building around a program and finding out you’re not able to complete a part of your process due to an application’s functionality ceiling.

Wingmate is a simple yet powerful CRM for field service businesses. Perfect for users that hate overbuilt CRMs & need to leave the messy spreadsheets. Designed to save you time and keep your operation organized with little effort. Wingmate’s application was designed to focus on the needs of commercial service businesses, and not overpopulating with unnecessary sections and fields. With a lower cost than any other CRM of its functionality, Wingmate is able to get Commercial Service operators working smarter and more cost-effectively. Sticking to a simple drag and drop pipeline, brand new users can be off to the races within an hour of initial setup. 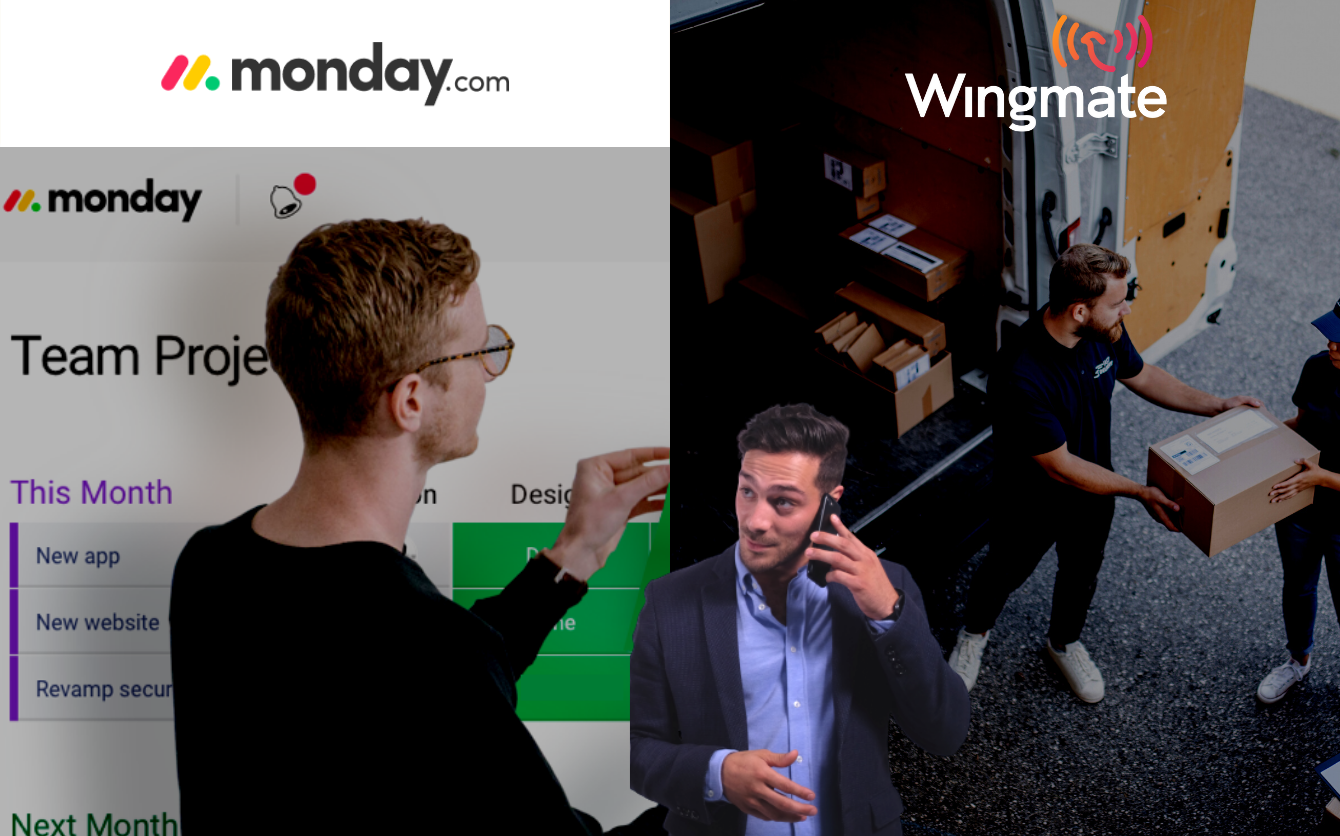 Monday.com is typically used by smaller businesses looking for something simple and cost-effective. Their users usually don’t have a complex selling process and only need basic functionality from tracking and scheduling standpoint. Users consist of dozens of industries with many individual users, as well as teams.

Wingmate was designed specifically for Commercial Service Businesses. We know that you’re too busy to waste time inputting hundreds of fields for each contact and trying to navigate the platform. We built Wingmate’s CRM to save you time, not the other way around. 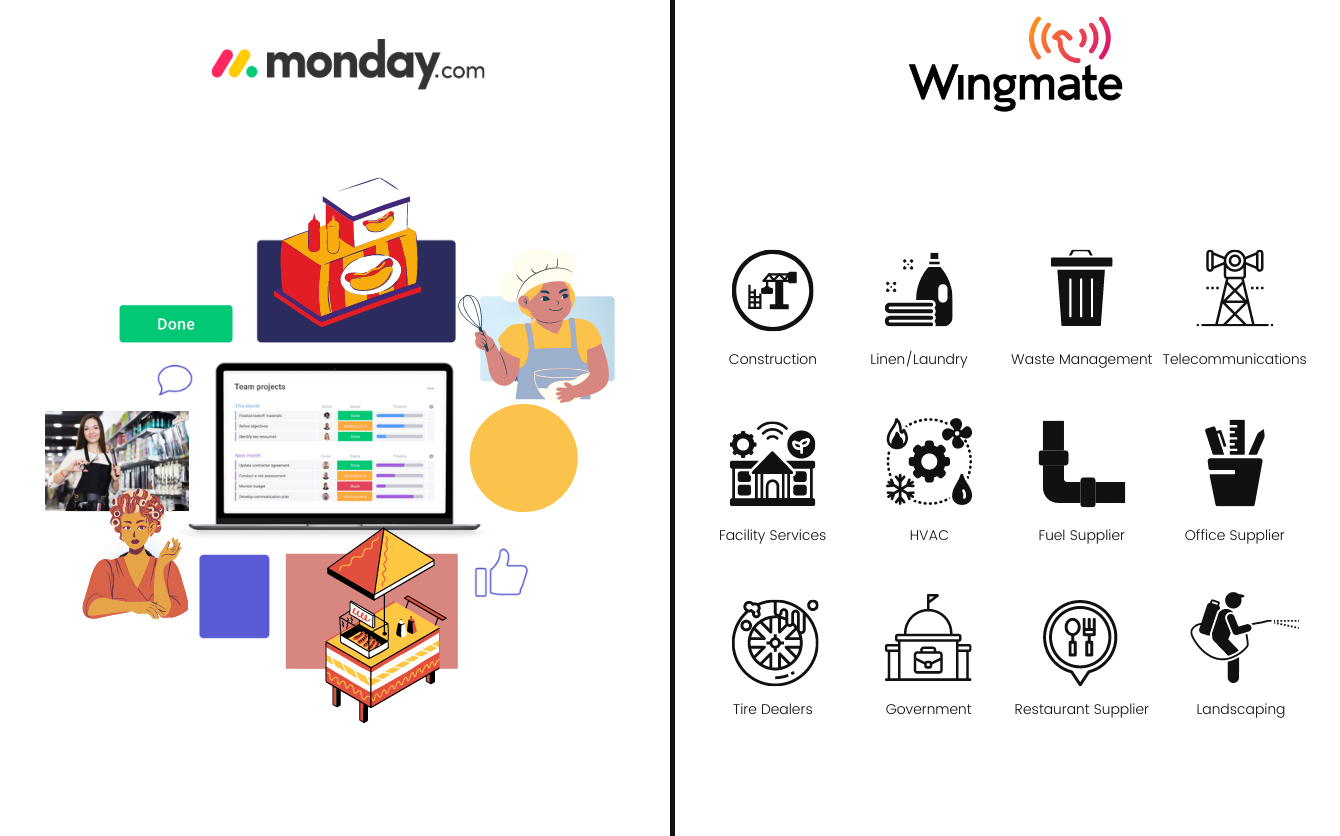 Monday.com has a base price of $10/month, as well as a free version. Looking at the CRM market, Monday.com is definitely one of the most affordable CRMs. Some other more powerful CRMs can cost any company more than $50/month per user, where they could also resort to Monday.com’s free version. Although affordable and competitively priced, users must consider what they need out of their CRM, there’s no point taking a dollar-store fishing net when you’re going deep-sea fishing.

Wingmate on the other hand is priced slightly higher per user. But with that, comes more power and an intuitive platform. In terms of functionality, Wingmate has been able to take the ability and functionality of a larger CRM, but tie in the simplicity & user-friendliness of a smaller CRM like monday.com. Simply put, you get what you pay for. Check out what our customers have said about our CRMs capabilities here (customer stories page). 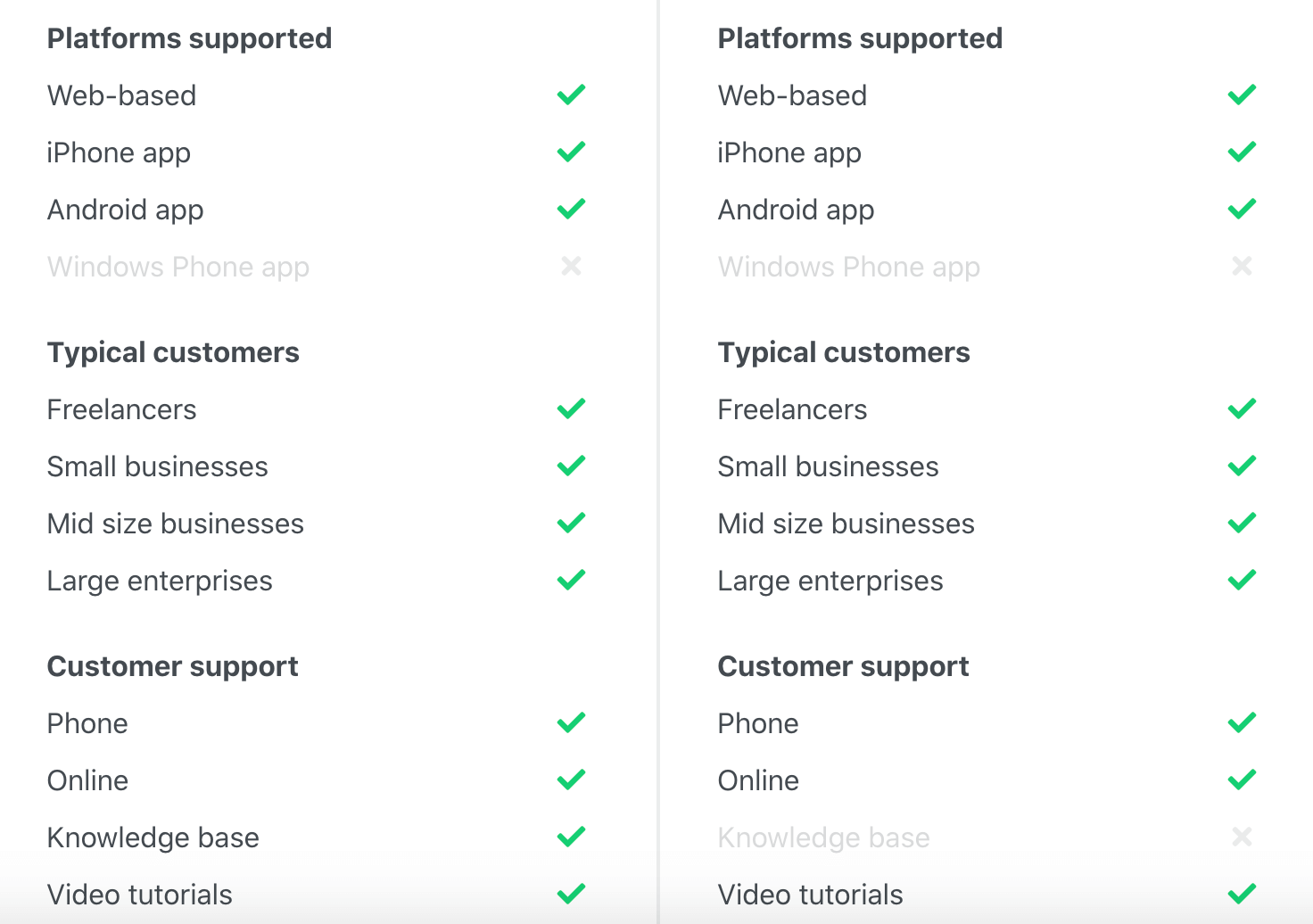 Pros & Cons for Each: 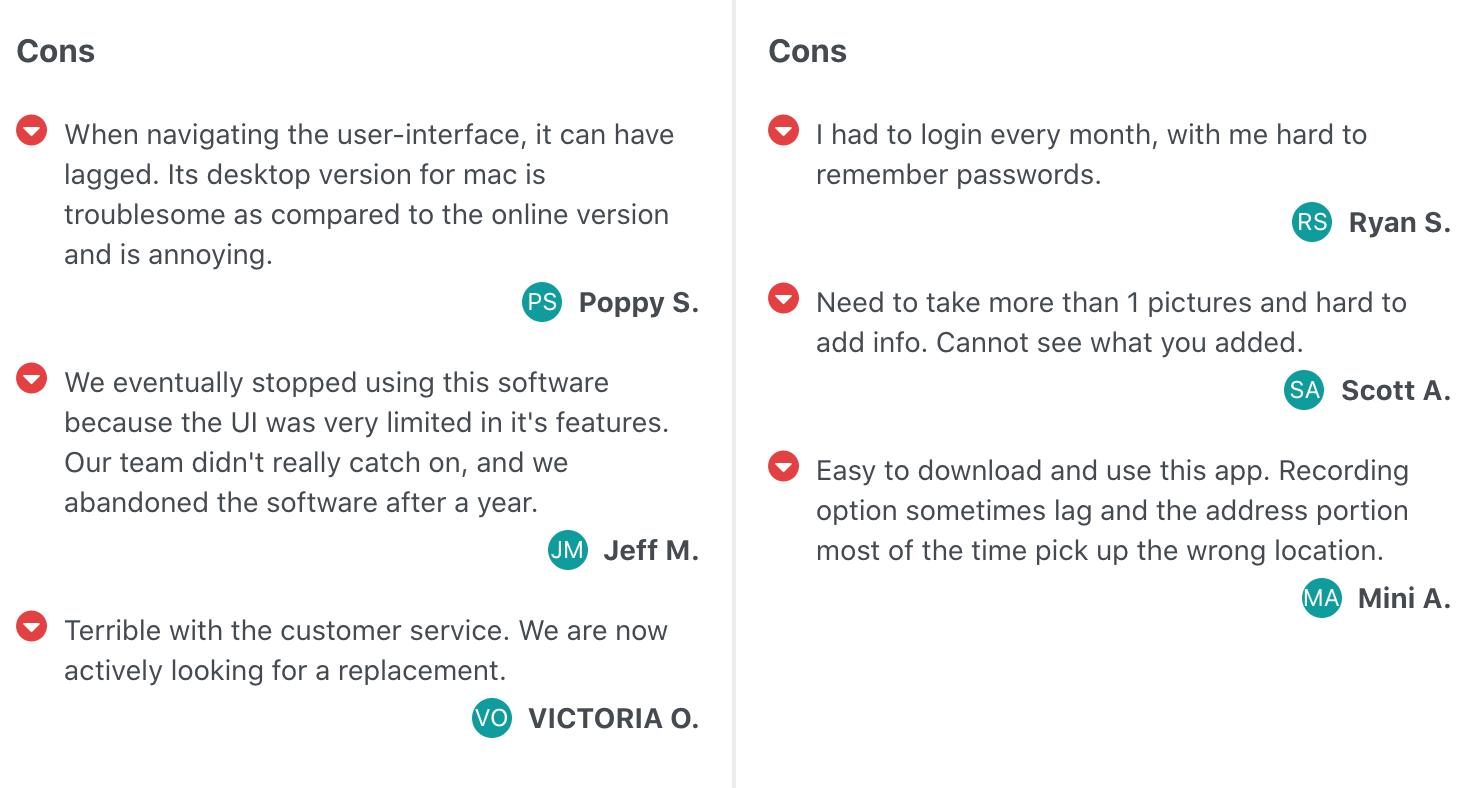 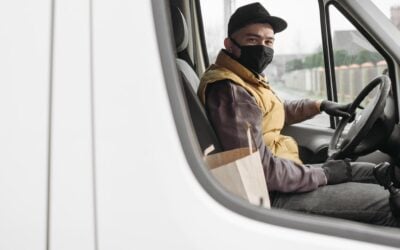 3 Easy Ways to Increase Sales & Productivity from your Field Staff

Do you ever consider how sometimes the most minor changes can have the most significant impact? Many business operators think one-dimensionally when it comes to creating a profitable and productive operation. Keep costs low, earn a steady increase in revenue, and... 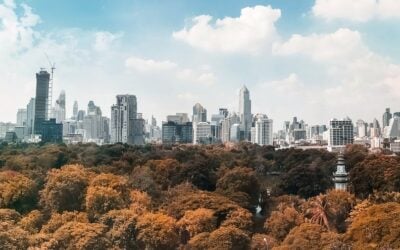 How Siemens Generated Leads with their Field Staff

A company like Siemens is world-renowned. Our article shows you how Siemens generated leads with their field staff. It all starts with in-field employees and technicians that know the customer best. The ones installing and maintaining equipment. Over years of... 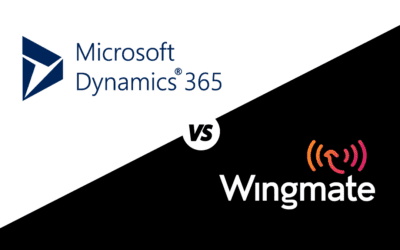 Overview: For the purpose of this article, we’re going to discuss the key use cases, differentiators, and features of both platforms to give potential users a better understanding of each. Before we get started, both of these platforms are incredibly intuitive and... 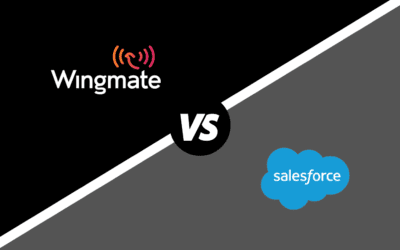 Overview: CRM (Customer Relationship Management) tools are in high demand these days. From small businesses to large corporations, new platforms are being created to meet the unique needs of all different users. Looking at these two, let’s start by saying, both of...